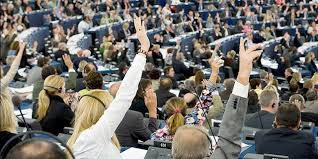 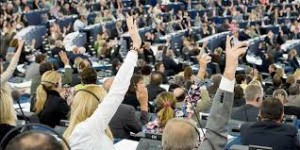 The European Parliament’s endorsement of the fisheries agreement between the EU and Morocco dealt a serious blow to Algeria. The vote actually means the failure of Algerian diplomats who had extensively lobbied in the EP corridors to prevent this vote and also consecrates Morocco’s sovereignty over its territorial waters, including off the Western Sahara.
The agreement was approved by a majority of 310 MEPs in Strasbourg on Tuesday. The vote was preceded by several months of a genuine diplomatic battle between Morocco and Algeria which supports the separatist Polisario Front. The arguments put forward by Algiers and the Polisario according to which the fisheries agreement would not benefit the Western Sahara population did not convince the MEPs.
Many of the MEPs have made trips to the disputed territory and have seen on the spot the deep changes that have taken place in the way of life of a population that was predominantly nomadic when the Spanish colonizer left the territory in 1975.
Instead of the few hamlets left by the Spanish, structured and organized cities have emerged in the desert. Such a transformation would not have been possible without persistent efforts in investments and infrastructure.
This is why a majority of MEPs, especially those of the Progressive Alliance of Socialists and Democrats and the European People’s Party (EPP), have paid little attention to the objections of Algerian diplomats and their supporters in the EP.
MEP Gilles Pargneaux summed up the situation eloquently “it was illusory to seek to solve the Western Sahara conflict with the rejection of this fisheries agreement.”
Anyways, the majority of MEPs had in mind, when casting their vote, a decisive reason: Morocco is for the European Union a model of a stable partner, which has resolutely embarked on reforms in a region threatened by insecurity and destabilization.