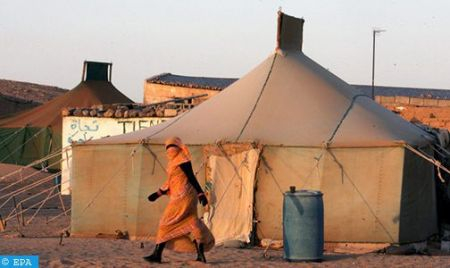 The Network of Associations of the Moroccan Community in Italy (RACMI) has expressed its “indignation” at the military recruitment of children by the armed militia of the “polisario” in the camps of Tindouf, southwestern Algeria. Quoted by the Italian news agency “AISE”, the Network noted in a statement that “a child soldier was present alongside the Special Envoy of the Secretary General of the United Nations, Staffan de Mistura, during his visit to the camps of the polisario in Tindouf, according to images posted on the web”. The recruitment and exploitation of children in armed conflict is a “war crime” which is prohibited by all international conventions and treaties, as well as by the UN Charter, the Charter of Human Rights and the Covenants of political, economic and social rights, stressed the Network. RACMI called on the UN to “take the necessary measures to end this recruitment, protect the fundamental rights of children, including education, address the injustice in the camps of Tindouf and force Algeria to respect its international commitments and stop these violations committed on its territory”.