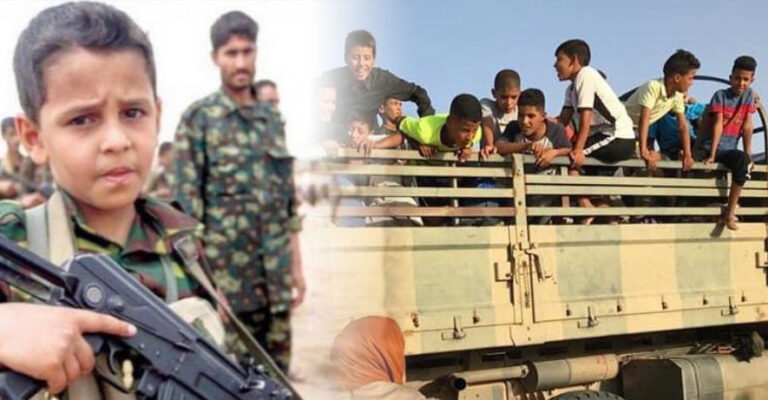 Canada’s PoliSens Institute, an Ottawa-based think tank, called upon the United Nations on the fate of child soldiers in the camps of Tindouf (southwestern Algeria), stressing that their military recruitment by polisario militias is a “war crime”. “It is becoming clear that we are facing a process of systematic recruitment” to which children are subjected to polisario separatists, said the president of the think tank, Abdelkader Filali, in a letter sent to the Special Representative of the UN Secretary-General for Children and Armed Conflict, Virginia Gamba. He noted in this regard that the personal envoy of the UN Secretary-General for the Sahara, Staffan de Mistura, was received, during his visit to the camps of Tindouf, by child soldiers while they are supposed to be on school benches. During military parades in Tindouf on the occasion of this visit, the international community was “shocked” by videos and “disturbing” selfies of young children in military uniforms, said the think tank. This is an “unequivocal evidence” of polisario’s indoctrination and recruitment of these children on Algerian soil, in defiance of international law, it said, recalling civil society organizations repeated expressions of concerns over these violations of children’s rights. Under the UN conventions and the Rome Statute of the International Criminal Court, these actions constitute an “international crime”, an “inhumane act” and a “war crime”, noted the Canadian think tank, stating that the military recruitment of children by the “Polisario” is not new. This phenomenon dates back to 1982 when children were taken from their parents in the Tindouf camps to be forcibly sent to Cuba, the Institute noted in its letter to the UN, adding that more than 8,000 Sahrawi children “have lived through hell in these inhumane circumstances.” The PoliSens Institute has also called for the publication of a complete list of perpetrators of “serious” violations in the Tindouf camps in Algeria, including the groups burdened by solid evidence for aggression against child soldiers. In this context, it considered it imperative to have a “strong and effective” tool to ensure the protection of children in armed conflicts and ensure accountability for violations they suffer around the world, including in the Tindouf camps.