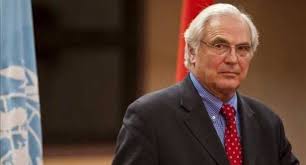 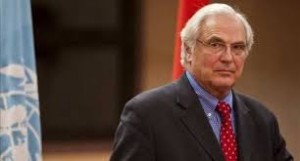 The UN mediator for Western Sahara, Christopher Ross, who has just wound up a new tour in North Africa, returned to New York empty-handed.
While in Algiers and the Tindouf camps, Ross was hoping to convince the Polisario to engage in direct negotiations with the Moroccan side. But the UN mediator was deeply disappointed by the stubbornness of the Algerian Authorities and the Polisario leaders who continue to cling to the non-operational option of a self-determination referendum, commented a Western diplomat based in Algiers.
According to this diplomat, Algerian authorities are worried about the health condition of President Abdelaziz Bouteflika on the eve of the parliamentary and presidential elections scheduled for April. They have other priorities and little time to devote to the Sahara issue.
Also, the Head of State, although he is seriously sick, still holds the reins of power through his close aides, paralyzing thus all state institutions and jeopardizing the country’s political future.
In Tindouf, stronghold of the Polisario in south western Algeria, the Polisario leaders, who have been facing for several weeks the turmoil of protest movements, were waiting to receive instructions from Algiers. But as the Polisario chief, Mohamed Abdelaziz, and his lieutenant received no orders they repeated to the UN mediator the obsolete leitmotiv of a self-determination referendum.
In this context, Christopher Ross had no other choice than to bring to a halt his shuttles until June 2014, awaiting to see the domestic situation in Algeria clarified, said the diplomat who added that everybody is fully aware that Bouteflika’s candidacy to a fourth presidential term could engulf the entire country.
Several opposition parties have already announced their decision to boycott the upcoming polls. Meanwhile, tribal and ethnic conflicts erupted in some parts of the country, especially in the city of Ghardaia, where local authorities, supported by army units, are struggling to restore order in the region.
The situation both in Algeria and in the Polisario-controlled Tindouf camps does not seem to quieten down anytime soon.