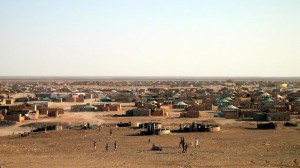 African NGOs and institutions do better than their Western counterparts when it comes to the defense of the Saharawi peaceful demonstrators who are currently abused by the Polisario militia in the camps of Tindouf.
NGOs and institutions from fifteen African countries have actually unanimously condemned the violation of Sahrawi civilians’ rights by the Polisario militia.
These NGOs and institutions militating for peace, stability and good governance in Africa were attending a meeting in Cameroon’s economic capital, Douala, convened on February 11 at the initiative of the Research Group on parliamentarism and democracy in Africa (GRPDA.)
The participants in the meeting called on the UN and the High Commissioner for Refugees (UNHCR) to endeavour to put an immediate end to these violations.
In a document called “the Douala Declaration”, they drew the international community’s attention to the plight of the Sahrawis who are constantly subjected to repression while their tortures enjoy total impunity in the isolated Tindouf camps.
“We appeal to the international community and to all other concerned stakeholders to inquire about the dramatic human rights violations in the Tindouf camp and to realize the seriousness of the situation and its impact on the prospects for peace, security and development of the entire region of the Sahel-Sahara and North Africa,” say the signatories of the declaration.
They also denounced the continued violations by the Polisario of the fundamental rights and the freedoms of expression and movement of the Tindouf camps refugees.
Human rights abuses in the camps have lately worsened going as far as the assassination of two Sahrawis by the Algerian army. Dozens from the protesters who took to the street to denounce the diktat of the Polisario leaders were arrested.
Despite all these blatant violations, international NGOs claiming the defense of human rights are observing a strange silence since the protests outbreak in the Tindouf camps. This attitude raises many questions as to their objectivity.