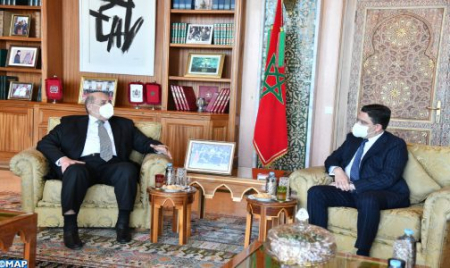 Egypt aspires to more measures to support cooperation with Morocco, said the Speaker of the Egyptian Senate, Abdel-Wahab Abdel-Razek, on Tuesday in Rabat. In a statement to the press after his meeting with the Minister of Foreign Affairs, African Cooperation and Moroccans Abroad, Nasser Bourita, Abdel-Razek said he was satisfied with his visit to Morocco, “which gives its interest to all that is likely to consolidate political relations between the two countries”. This meeting, he added, is an opportunity to exchange and reiterate the convergence of views on many issues of common interest. The Speaker of the Egyptian Senate further noted that this meeting was also an opportunity to reiterate the firm commitment of both parties to raise bilateral relations to the highest levels.