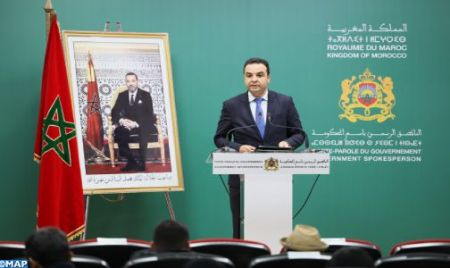 The government is examining the necessary solutions to help Moroccan students studying in Russia, after the decision to withdraw this country from the international financial system (SWIFT), said Thursday the Minister Delegate for Relations with Parliament, Government Spokesman, Mustapha Baitas. Speaking at a press briefing after the Government Council, Baitas said that a meeting is scheduled for Thursday evening at the Ministry of Economy and Finance, to discuss the various aspects of this issue. This decision is part of the government’s awareness of the situation of Moroccan students in Russia, given the difficulty of receiving money transfers from their families and relatives after the decision to withdraw Russia from the SWIFT interbank system in the wake of the Russian-Ukrainian conflict, Baitas noted. This meeting will bring together officials from the Ministry of Economy and Finance, the Office des Changes (exchange office) and the professional grouping of banks in Morocco, he added.