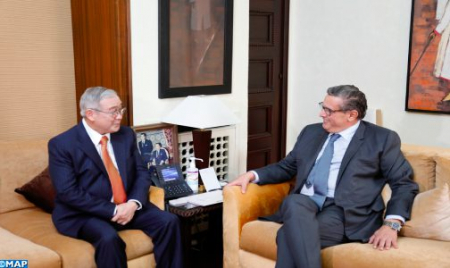 The Head of Government, Aziz Akhannouch, received, Thursday, the Foreign Minister of the Philippines, Teodoro Locsin Jr., on a working visit to the Kingdom as part of the second session of political consultations between the two countries. On this occasion, the two sides welcomed the momentum of Moroccan-Philippine relations, which was enshrined in the inauguration of the Philippine Embassy in Morocco, said the Department of the Head of Government in a statement. Both sides also expressed the common will to promote bilateral cooperation in various fields and to capitalize on the opportunities of exchanges offered by the geographical situation of the two countries, according to the statement.