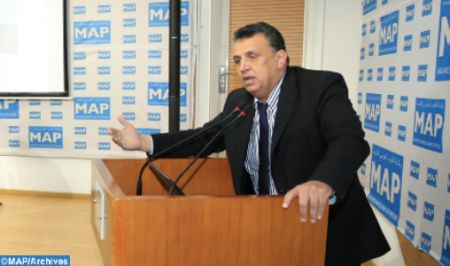 Ways to promote cooperation in the field of justice between Morocco and Qatar were the focus of a meeting, Monday in Rabat, between Minister of Justice, Abdellatif Ouahbi and his Qatari counterpart, Masoud Bin Mohamed Al Ameri, currently on a visit to Morocco.  This meeting was an opportunity for both parties to express their willingness to move forward in promoting bilateral legal and judicial cooperation, said Ouahbi, at the end of this meeting which took place in the presence of the Qatari Ambassador to Morocco, Abdullah Bin Thamer Mohammed Al Thani. Relations between Morocco and Qatar are strong by their roots and this meeting will be an opportunity to strengthen them further, especially in judicial cooperation, said Ouahbi, expressing the wish to raise bilateral relations to the level of aspirations of leaders of both countries. For his part, Al Ameri stressed “the importance of deepening relations in the field of justice with the Kingdom of Morocco,” praising the efforts of Morocco in the service of security and stability and in the fight against terrorism and organized crime. The two parties have also agreed on the need to establish a conventional framework to boost bilateral cooperation, to serve the reforms of the judicial systems of both countries.