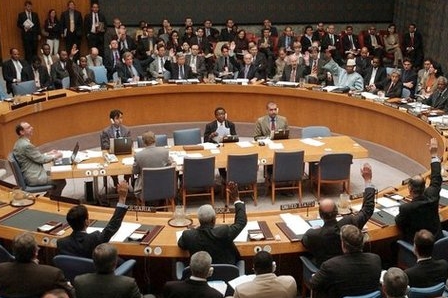 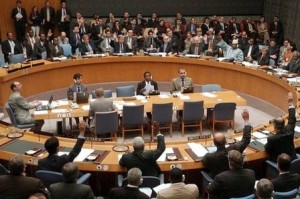 Moroccan diplomacy has scored, at the initiative of King Mohammed VI, a great diplomatic victory over Algeria and the Polisario in New York.
The Security Council has actually put an end to the euphoria of Algerian leaders and their protégé, the Polisario, when it adopted unanimously a resolution renewing the mandate of the UN mission in Western Sahara, MINURSO, without alluding to any mechanism for human rights monitoring.
The warning made by Morocco’s king to the UN Secretary General Ban Ki -Moon, on the eve of the Security Council vote, has borne fruit. During a phone call few days before the vote, King Mohammed VI has sharply reminded Ban Ki-moon that it was imperative to stick to the negotiations parameters set by the Security Council and to work towards a mutually acceptable political solution while avoiding biased approaches and “dangerous options.”
According to credible sources from Tindouf, the resolution as worded and adopted by the Council fell like a bombshell on the Algerian leaders and the separatist Polisario Front.
Algeria and the Polisario were actually hoping that some excerpts from Ban Ki-moon’s report to the Security Council would be included in the resolution, in particular the passages speaking of monitoring human rights respect and of the exploitation of natural resources in Western Sahara. But they were deeply disappointed that the resolution 2152 adopted unanimously by the Security Council on Tuesday is rather favorable to Morocco.
Following the firm royal message, the Security Council finally adopted a balanced position respecting Morocco’s territorial integrity and commended the efforts made by the Kingdom to promote Human Rights. On the contrary, the Council deplored the fact that the Polisario and Algeria do not honor their commitments as defined by UN resolutions.
The Council has also renewed its call urging Algeria to allow the identification and registration of the Tindouf camps populations which are the only refugees in the world not to have been identified, forty years after they settled in the Algerian territory.