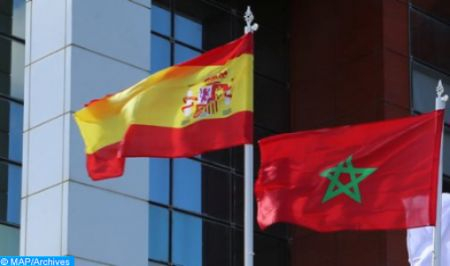 History and geography dictate that Morocco and Spain take joint action on migration, said the Director of the Regional Observatory of Migration: Spaces and Societies (ORMES), Mohamed Charef, noting that both parties are convinced that governance in the management of this issue requires the federation of efforts. The issue of migration is the source of several challenges, he stressed in a statement to MAP, noting that the two countries are driven by a strong desire to address them together, which is a real opportunity that will be mutually beneficial. This is a topical issue, even a phenomenon that affects both rich and poor countries without exception, as well as people with higher education and those who have no training, said the expert, believing that migration can be a factor to enrich the culture and promote understanding between peoples. Charef also said that the number of migrants in the world amounts to 280 million, according to UN data, while that of Moroccans established in different countries around the world is around 5 million. He also recalled that Morocco has taken important measures, in implementation of the High Royal Instructions, including the regularization of the situation of migrants, the establishment of a strategy dedicated to Moroccans living abroad and others concerning foreigners established in the Kingdom, stressing that through these measures, the Kingdom has become a major player on the continental and international levels. Charef also recalled the roadmap adopted by the African Union in 2018, which provides for the establishment in Morocco of an African migration observatory, on the proposal of HM King Mohammed VI, African leader on migration, noting that this Observatory was inaugurated on 18 December 2020. The expert also said that the meeting, Friday in Rabat, of the Moroccan-Spanish Permanent Joint Migration Group crowns a series of meetings held between the two countries. A joint statement issued at the end of this meeting stresses that it comes within the framework of the implementation of the roadmap developed during the visit to the Kingdom, in April 2022, of Pedro Sanchez, President of the Spanish government.