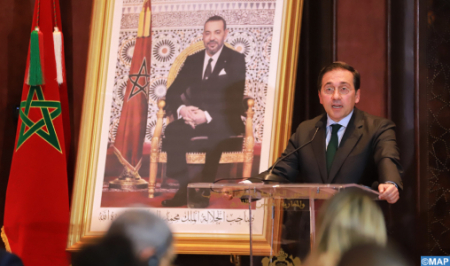 Spain is committed alongside Morocco to fighting against terrorism, underlined, Tuesday in Marrakech, the Spanish Minister of Foreign Affairs, the European Union and Cooperation, Jose Manuel Albares. Speaking to the press following talks with the Minister of Foreign Affairs, African Cooperation and Moroccans Abroad, Nasser Bourita, the Spanish top diplomat reiterated the commitment of the two countries to fighting against terrorism. Mr. Manuel Albares said that only cooperation between the two countries can ensure the security and prosperity of the two peoples. He also expressed his country’s desire to raise this cooperation to the level of systematic cooperation in all bilateral areas.