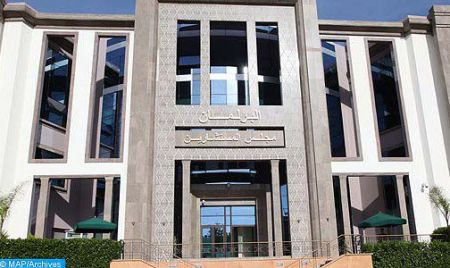 The consolidation of bilateral relations and South-South cooperation was the focus of talks, Thursday in Santo Domingo, between a delegation of the House of Advisors and president of the Senate of the Dominican Republic, Eduardo Estrella Virella. The Moroccan delegation, composed of Jawad Hilali and Mostafa Moucharik, secretaries and members of the bureau of the House of Advisors, and advisor Ahmed Lakhrif, permanent representative of the House to the Central American Parliament (Parlacen), held this meeting in the presence of the Ambassador of the Kingdom to the Dominican Republic, Hicham Dehane, and the chairmen of the Committees on Foreign Relations and Friendship and Cooperation in the Dominican Senate, said a statement by the upper house. Hilali stressed, on this occasion, the interest that Morocco has in the development of cooperation with the Dominican Republic and the countries of Central America and the Caribbean more generally, highlighting the long-standing and distinguished relations uniting the two countries, which have been strengthened after the visit that HM King Mohammed VI made to this friendly country in 2004. The two countries and the two peoples have much in common, “which favors the building of a solid and fruitful relationship,” noted the secretary of the bureau of the House of Advisors, quoted by the statement, calling for “making good use of these opportunities to establish an exemplary and multidimensional partnership”. For his part, Moucharik reviewed the substantial reforms undertaken by Morocco in various areas, stressing that the Kingdom, which has achieved significant progress in terms of democracy and development, is a model of stability, thanks to the leadership of HM the King. Referring to developments in the artificial conflict over the Moroccan Sahara, Lakhrif stressed the unprecedented momentum that the national cause is experiencing, materialized by increased international recognition of the sovereignty of the Kingdom over its southern provinces. This dynamic, he added, was reflected in a succession of decisions and resolutions taken by many countries that have recognized the relevance and credibility of the Moroccan autonomy plan as a realistic and unique solution to this artificial conflict, and others that have opened consulates and diplomatic representations in the cities of Dakhla and Laayoune. In parallel, Lakhrif welcomed the remarkable development of relations of the House of Advisors with parliamentary unions and national parliaments of the Community of Latin American and Caribbean States, which have expressed in recent years positions supporting the territorial integrity of the Kingdom. In this regard, the delegation of the upper house welcomed the consistency of the position of the Dominican Republic, which supports efforts to achieve a consensual political solution to this regional conflict. For his part, the president of the Dominican Senate expressed the determination of his country to give new impetus to bilateral relations through projects and concrete action plans. He also welcomed the organization by the House of Advisors of the “Forum of South-South Parliamentary Dialogue” of Senates and Equivalent Councils of Africa, the Arab world, Latin America and the Caribbean, held in early March under the patronage of HM the King. Regarding the promotion of parliamentary diplomacy, Estrella Virella thanked the House of Advisors for inviting him to visit Morocco, expressing the hope that these visits can be used to advance parliamentary cooperation and strengthen relations between the two friendly countries. On the level of economic cooperation, the Dominican official said that his country wishes to benefit from the Moroccan experience in the sectors of ports and maritime fishing.