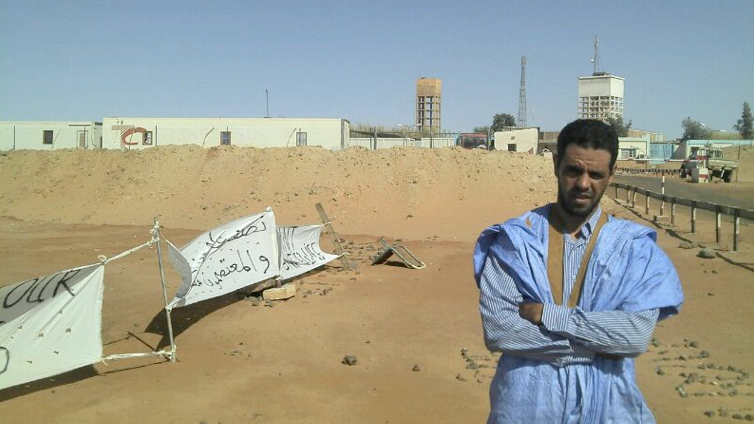 The Polisario Front leaders and torturers persist in committing crimes against the civilian populations forcibly held in Tindouf, a genuine concentration camp in the Algerian desert.

In this lawless place, life is worthless and illegal imprisonment, torture and enforced disappearances are common.
Since the beginning of this year, these camps have been shaken by mass uprisings staged be several newly created dissident movements, whose members, mainly young Sahrawis, are now targeted by the Polisario leaders.
The latest retaliation act was directed against young activist M’rabih Ahmed Mahmoud Dah, a founder of the Assoumoud Association (Resistance.) Mahmoud Dah was recently kidnapped in Tindouf by the Polisario militia and taken to an unknown destination.
Mohamed Abdelaziz and his militia were infuriated by the young activist who dared to express in a video with his face uncovered scathing critiques of the Polisario’s dictatorial management of the Tindouf camps. The video was aired by a Moroccan TV.
The young activist was kidnapped few days before Eid El Fitr, and since then his parents and relatives who are fearing the worst have not had any news about him.
Also, a desperate young Sahrawi woman was recently driven to suicide because she could no longer stand the Polisario abuses.
According to the Tindouf-based Forum of support to the autonomy plan (FORSATIN,) the young Sahrawi woman in her twenties committed suicide after she lost all hope to return to Morocco, her homeland.
She had reportedly made several requests to benefit from the family visits exchange program, sponsored by the High Commissioner for Refugees (UNHCR.) As her requests were repeatedly turned down by the Polisario leadership, she ended up committing suicide.
An informed source in Rabouni told us that the situation in the camps has become explosive because of the repeated uprisings and protest movements by young Sahrawis.
These youths who are subjected to injustice and indiscriminate repression continue to believe that change is possible and that they can operate this change through toppling the Polisario leaders and putting an end to their practices that exploit the sufferings of civilians to build up personal fortunes.