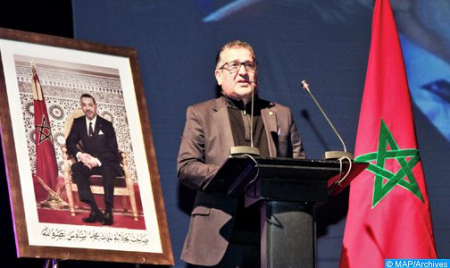 Europeans did not believe in the deceit of the real instigators of the tragedy caused by the attempt of a group of illegal immigrants to storm the metal fence at the level of the province of Nador, stresses the writer-journalist Abdelhamid Jmahri. “Morocco has won this game” and “Europeans, especially the Spanish, did not believe in the deceit of the real instigators of the tragedy, intended to present Morocco as a state that violates immigrants dropped by the continent on the shores of the Mediterranean,” writes Jmahri in his column “Kasr Al-Khatir” published in Wednesday’s edition of the daily “Al Ittihad Al Ichtiraki”. In an article entitled “Political conclusions and achievements of the aftermath of the war scenes in Mellilia”, the author notes that achievements have been made in defiance of the designs behind these events, recalling in this regard the content of the statement / position issued by the European Commissioner for Home Affairs Ylva Johansson, after the tripartite meeting with Minister of Interior Abdelouafi Laftit and Spanish Minister of Interior Fernando Grande-Marlaska. By way of announcing the results of this tripartite political dialogue, which took place two weeks after the events, the European Commissioner chose to headline that “the commission and Morocco have renewed their partnership in the field of migration and the fight against human trafficking networks”, stresses the journalist-writer. According to Jmahri, Europe has assumed its share of responsibility and its vision on the issue of immigration (…), since the joint statement issued after the tripartite meeting recognizes “the emergence of new and extremely violent modus operandi adopted by these criminal networks”. “Anything that has a criminal and violent character requires an adequate response to protect security and property,” he says, noting that “these mafias are ready for any risk, no matter how big”. In addition, Jmahri underlines that the Europeans have recognized the role that the National Human Rights Council has played and is playing, indicating that this is “a joint response, on the part of Europe and Morocco, to all calls and attempts to internationalize the case of the investigation and attempts to submit the matter to the United Nations or other international commissions”. He also highlighted the efforts made by Morocco in the fight against illegal migration and the dismantling of mafias operating in this area. He concluded that Europe should benefit from the experience of Morocco to address the issue of illegal migration in the context of an approach involving countries of origin, transit and destination.