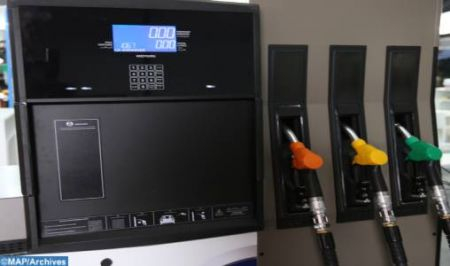 The Head of Government, Aziz Akhannouch, and his policy to stabilize the purchasing power of Moroccans in times of price crisis are the subject of a campaign on social networks. Here are ten key points to understand this tendentious campaign: 1. The digital campaign is not the result of a grassroots movement, it is fueled by more than 500 fake accounts created instantly by unknown malicious circles to campaign against the Head of Government. 2. The drop in the price of oil at the pump cannot be instantaneous, it is necessary that the stock bought at a higher price is used up. In addition, there is a difference between the price of a barrel of crude oil and the price of refined oil. Moreover, the price of hydrocarbons in Morocco is free. 3. Sixty percent of the price of gasoline at the pump is made up of taxes (VAT+ICT). This tax revenue feeds the Compensation Fund, which regulates the price of butane gas, sugar and cereals downwards. Any change in this tax system will increase the price of these products and have a direct impact on the purchasing power of Moroccans. 4. In the hydrocarbon market, the company Afriquia, which is directly linked to the Head of Government, has barely 20% of the market. The rest is shared by Total, Shell, foreign companies and others. 5. It is a lie to suggest that any increase in oil prices goes directly into the pockets of operators in the hydrocarbon sector. This tendentious ploy is used by the political opponents of the Head of Government to attack him personally. 6. The margins of hydrocarbon companies are known. They are precisely identifiable in the balance sheet of these companies. According to the Ministry of Economy and Finance, if very large profits or exaggerated margins are recorded as a result of this international price increase, the excess tax will play its role. Corporate tax for these companies can exceptionally increase by law up to 45% or 50% for the sake of national solidarity. 7. The personalization of the campaign by putting the Head of Government at the heart of the target is aimed at something other than the defense of the purchasing power of citizens. It is a convergence between clandestine activist circles and an opposition that does not accept, to date, its regular electoral defeat. 8. The ad-hominem attack against the Head of Government on social networks is the lowest level to which the ethics of political action has fallen in our country. The manipulation of ordinary citizens in this sense is abject. 9. There is a clear desire to repeat the Boycott campaign – whose autopsy had been well done – which affected three brands of economic operators in April 2018 for products such as mineral water, milk and gasoline. Under the guise of defending the purchasing power of citizens this constitutes, today, a serious attempt to destabilize the government and whose consequences on the stability of the country are not measured. 10. Initially, Moroccans who suffer from the high cost of living and especially those who are least equipped to defend themselves against fake news can be abused through social networks, but the truth always comes out in the end. In a democracy, one can legitimately criticize the governance of a crisis by a government, but this can only be done by the means that democracy gives, and not by the irresponsible dissemination of hatred, violence, defamation and contempt of public opinion.