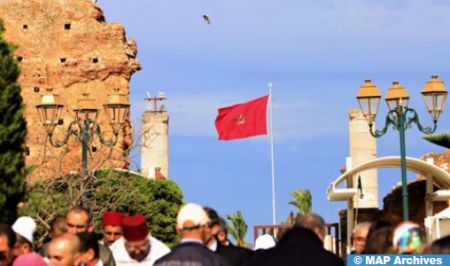 The Speech delivered by His Majesty King Mohammed VI to the Nation on the occasion of the 69th anniversary of the Revolution of the King and the People carries “a message of stiffness and fearlessness in defending the territorial integrity of Morocco,” Emmanuel C. Chea, Founder and Regional Chairman of ECOWAS Youth Assembly in West Africa, said on Tuesday. “It is a wise move from HM King Mohammed VI to call on Moroccan project holders from the diaspora to make the most of the numerous investment opportunities in Morocco, while providing incentives and guarantees offered by the new investment charter. This will certainly connect Moroccan youth to their homeland,” he told MAP. According to Chea, Morocco has a relatively young population, with 42% of its citizens aged below 25. “The young population provides Morocco with strong human capital, and thus huge potential for future development.” “We as African youth are welcoming HM’s initiative and encouraging the rapid implementation of this big move and enable youth of the diaspora to be part of the decision-making processes in government and address challenges faced by youth who are currently living in Morocco, as a means for them to fully contribute to the growth of the national economy by making Morocco a great Nation in Africa and the world at large,” he stated.