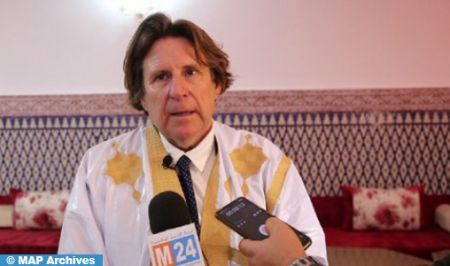 The “historic” position of the Spanish Government, which sees the Moroccan autonomy initiative in the southern provinces as “the most serious, realistic and credible basis” for the resolution of the Sahara conflict, opens the way to an exponential growth of cooperation with Morocco, said Spanish political scientist, Pedro Ignacio Altamirano. Speaking at a meeting on Spain’s new position on the Moroccan Sahara, held remotely by the Faculty of Languages, Letters and Arts at the Ibn Tofail University of Kenitra, the expert explained that this historic position opens the way to an exponential growth of cooperation between the two countries “to which we are committed and bound.” Spain, which follows in the footsteps of the United States, is returning to the path of truth, justice and reason, he said, noting that Spain and Morocco are facing great challenges in the areas of migration, the fight against drug trafficking and terrorism, but also have great economic opportunities for today and tomorrow. In Altamirano’s opinion, the position of Madrid is “another blow to the illegal claims of Algeria through its polisario puppets. “This is a new diplomatic blow that puts Algeria out of the game making it increasingly isolated at the international level, at a time when the polisario is in a catatonic and disoriented state,” he said. This situation is evidenced by the persistent threats that Algeria poses to the Spanish economy, the expert noted. The territorial integrity of Morocco is not only a legitimate claim of the Kingdom of Morocco that Spain must continue to support. It is also the guarantee of peace and stability in the entire Sahel region, Altamirano added. “The international recognition of the territorial integrity of the Kingdom of Morocco implies, without a doubt, betting on truth, justice and peace, from which we will all benefit equally,” he concluded.