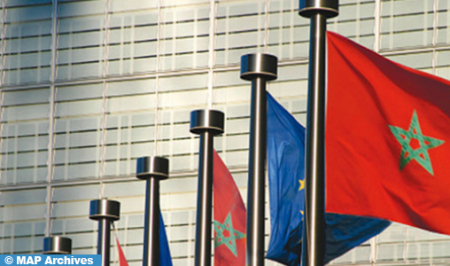 The European Union (EU) remains committed to its position on the Moroccan Sahara dispute, recalling loud and clear that it takes “positive note of the serious and credible efforts led by Morocco” and “strongly supports the efforts of the UN Secretary-General to achieve a just, realistic and lasting mutually acceptable political solution to the Sahara issue”, based on “compromise and in line with the resolutions of the UN Security Council, in particular resolution 2602, of October 29, 2021.” Resolution 2602 of the UN Security Council confirms the “continuum” of the round-table process – with its modalities and its four participants: Morocco, Algeria, Mauritania, and the polisario – as the “one and only” framework for the settlement of the regional dispute over the Moroccan Sahara. The clear and unchanged position of the EU was reaffirmed on Thursday by the EU spokesperson for Foreign Affairs and Security Policy, Nabila Massrali. “The EU remains firmly committed to supporting the work of the Personal Envoy of the Secretary-General, Staffan de Mistura”, Massrali told MAP, insisting that the EU “encourages all parties” to engage with him for the resumption of the political process. She also emphasized the “importance of preserving the stability of the region through further dialogue and a constructive approach.” These remarks, which come in the wake of recent statements by the EU diplomacy Chief to Spanish media, confirm once again that “the position of the EU is clear” and “had been detailed in the Joint Political Declaration between the EU and Morocco in June 2019. In an interview published on Wednesday by EFE, the EU High Representative for Foreign Affairs and Security Policy, Josep Borrell, stressed that the Bloc’s  position on the Moroccan Sahara issue “is detailed in the 2019 Joint Declaration with Morocco.” By referring favorably to Morocco’s serious and credible efforts, the EU is thus in line with the 18 resolutions of the UN Security Council, which have successively confirmed the pre-eminence of the Moroccan autonomy initiative, which is still and will remain the ultimate and final solution to this regional dispute.