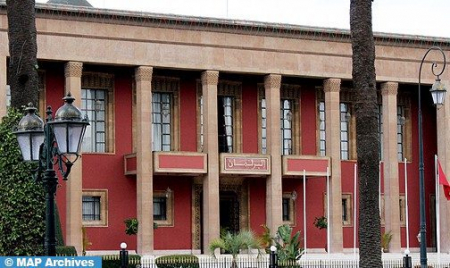 The Moroccan parliament signed, Tuesday at the House of Advisors, a memorandum of understanding with the parliament of the Southern Common Market (Mercosur) to strengthen communication channels and parliamentary cooperation. Signed on the Moroccan side by speaker of the House of Advisors, Naama Mayara and the deputy speaker of the House of Representatives, Hassan Benomar, on behalf of the speaker of the House, and by president of the Mercosur Parliament (Parlasur), Tomas Bittar Navarro, this memorandum aims to strengthen communication channels and parliamentary cooperation through the exchange of visits, expertise, information and documents between the two parties. By virtue of this memorandum, Parlasur invites both Houses of the Moroccan Parliament to participate in the work of its General Assembly and its Standing Committees, while having the right to express their opinions but without the right to vote, in accordance with the conditions set out in the protocols and provisions of the General Statute of Parlasur. The memorandum also stipulates that the Moroccan parliament invites, in turn, the parlasur to attend the Arab and African forums and multiparty events that it organizes. The two parties agreed to establish an annual parliamentary economic forum between the parlasur and the parliament of the Kingdom of Morocco, whose structures and implementation mechanisms are framed by a special agreement. Both parties may, where appropriate, make contributions in the form of audiovisual equipment, material and financial infrastructure, or in the field of training and qualification of human resources, in order to cooperate in the implementation of related agreements that may be concluded in the future, following the example of this agreement. The signing of this memorandum comes within the framework of the ties of understanding, friendship and cooperation between the Kingdom of Morocco and Mercosur member countries, in view of the efforts made for the consolidation of democracy, the promotion of human rights and gender equality, and the enshrinement of values of tolerance and peace. It is also part of the commitment of both parties to defend the values of human rights, democracy and sustainable development, shared and defended by the peoples of the world. In this regard, the two parties undertake to promote dialogue and parliamentary diplomacy, with the aim of strengthening the ties of friendship and cooperation between the two legislative institutions, in addition to strengthening solidarity between peoples and seizing opportunities in the political, economic and cultural fields.