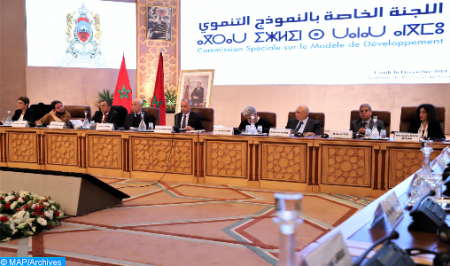 The Brussels-based NGO “C3M”, which brings together more than 500 Moroccan health workers from different parts of the world, has expressed its full support for the New Development Model, which was recently presented to HM King Mohammed VI. “Morocco, under the leadership of its Sovereign who oversees the development of structuring projects and their effective deployment, has made major advances in all sectors, while paying particular attention to the human element”, underlines the president of C3M, Dr Samir Kaddar, in a press release. The generalization of medical coverage to the whole population of the Kingdom “testifies to the will of the highest authorities of the country to inject new impetus into the emancipation and inclusion of all social classes”, he points out. “The diversity and scale of the projects undertaken in Morocco, as well as their parallel launch in the different sectors, required the development of an overall master plan which lays the foundations for structured and sustainable development. And it is done”, he notes, recalling that the New Development Model is “an essential document which has been shaped according to a pragmatic and multidimensional methodology”. “The contribution of all the driving forces of the country was requested and de facto their adhesion to this new plan is general,” he adds. Dr Kaddar welcomed the fact that this New Development Model pays particular attention to the health sector, noting that it “is not an end in itself, nor even a comprehensive manual that describes specific actions to be undertaken, but constitutes a roadmap based on recommendations and which draws its strength from its timelessness, by recalling the fundamental needs by sector and makes it possible to support any actor engaged in the realization of projects”. It is therefore essential now, he suggests, “that Moroccan stakeholders and in particular health professionals turn it into a detailed action plan which will make it possible to remedy the weaknesses highlighted in this precious document”.