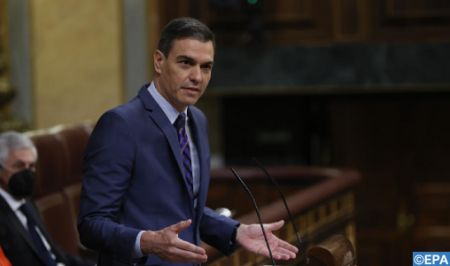 Rabat – The change of paradigm in Spain regarding the Moroccan Sahara issue, operated by President of the Spanish Government, Pedro Sanchez, represents a real challenge to the Spanish political class. The fact that the Spanish government chose, today, to back the Moroccan autonomy plan as a reasonable, credible and political way-out of this postcolonial crisis, is a real revolution in the face of encysted retrograde positions, poorly assumed historical guilt and anti-Moroccan impulses that often border on institutionalized racism. Many of the actors of the Spanish political life should leave their comfort zone – as Moroccan minister of Foreign Affairs, African Cooperation and Moroccans Residing Abroad, Nasser Bourita says – and start pondering on Spain’s genuine interests and its position within its vital and immediate neighborhood. The idea to defend a self-determination referendum in the Moroccan Sahara, which is in fact a lasting blocking factor acted by the United Nations in its recent resolutions, cannot be understood against the backdrop of a reality as complex as the one prevailing in Catalonia.   The contradiction is real and tangible. This argument crumbles in the face of other “Hispanic” realities like the one that also prevails in the Spanish Basque country.   The basic problem is a problem of coherence of this very political class. This class has to understand that the impasse of its position regarding the Moroccan Sahara issue put in peril Spain’s vital interests, at a time when major geopolitical changes are sweeping across the region prompted by the Abraham Accords, the consolidation of Morocco’s leadership in Africa and the political and economic collapse of the Algerian military regime.     To stay entrenched in positions partly inherited from an outdated “frankist” reading of the realities of the Mediterranean, with its persistent colonial relics, cannot lead to loyal, deep and fertile cooperation with Morocco nor to weaving mutual interests that would render counterproductive or disastrous any hostile position of one or another party.   The future is at this cost. The price of courage, of intelligence and of going beyond a certain anti-Moro “Pavlovism”, when it comes to Morocco, which, unfortunately, often lowers the Spanish culture to a level that is not legitimate to its universal culture. Morocco needs today to be rediscovered in Spain. In its desire of modernity, its aspiration to democracy and its ambition resolvedly led by HM King Mohammed VI to propel Spain and Morocco into the 21st century. This Morocco of Mohammed VI is not known in Spain and it’s up to the Spanish political class, by duty and in its well understood interest, to make Morocco be discovered. The Spanish professionals of the Moroccan reality caricature, especially in the media, failed to be useful to the two countries. They have, for many years, increased the gap between the peoples and led astray their own public opinion on Morocco’s reality, that is indeed sometimes complex. They have also lied on the existence of real and genuine bridges of understanding between the two nations, with multi-sectoral relations, to build a solid shared future. The nihilist behavior will have thus lived and the source of the vendors of hatred will in the end fade away. Morocco is a part and parcel of Spain’s future, thanks to its proximity, its emergence, its potential, its shared history, the strategic depth its offers in the Mediterranean, in Africa and in the Middle-East. Those who do not see this reality suffer from a strategic blindness that borders on crude ignorance. There is no plan B for Spain to build a sound relationship with Morocco – provided that the parameters of this relationship are set loyally. This is an intangible reality. The double game, hypocrisy, double language, variable loyalty are no longer valid. It is time for strategic clarification and for the construction of solid, lasting, loyal and mutually beneficial relations. The time of duplicity is over.   Those who make false trials today to President Pedro Sanchez by accusing him of harming Spain’s interests by believing in the autonomy plan for the Moroccan Sahara, are wrong. They will rapidly see that the return of Spain to Morocco under new conditions will offer unique prospects to their country that they have never imagined before.   They will also see that history, the great, deal only with Statesmen who have the stature and the farsightedness, who have a brave vision for the future, who position their country in the orbit of the world’s great geostrategic changes by shouldering their responsibilities.